I have recently started a studio with Cartoonist Jim Smith. I'm going into production on my first short and Jim is helping guide me through that process.

One of the things that I'm working towards doing is documenting the process so I can share my experience and what I learn via a weekly vlog on youtube. I've decided to start to briefly journaling my time so as to have an account to refer back to as I make my recordings.

Today was a pretty good day despite not getting a lot of drawing done. The past few days I've been culling through reference material since Jim and I are trying to lock down the background style of the cartoon. Jim's done a few sketches and I think we know where we're going with it.

A couple of weeks ago I brought some art down to Paul at House of Secrets in Burbank to get framed and he called me today and said it was ready to be picked up. It just so happened that Jim got a call from Cartoon Network today. A few months ago he did a gig on Over the Garden Wall doing background designs. CN made up some really cool swag and called to let him know that he had a shirt waiting for him, which I thought was kind of them.

So we made a Burbank trip, hit the network and got to chat with some friends we had made during OTGW. We grabbed some Indian food and hit the bookstore Jim likes buying magazines at. After that we headed to the comic shop and I picked up my art and got to hear a few good stories in the process. I also picked up my pal Marley's new Vertigo book "Effigy" that came out yesterday. I haven't read it yet but I can't wait!

No trip would be complete without a stop in over at the Regal Beagle (if you know where I'm talking about about, we're friends.) We chatted and watched this video of Marshawn Lynch of the Seattle Seahawks offer an amazing interview. I'm not a huge football fan but I like this guy.

We came back to the studio and I got a call from my buddy/producer and I updated him on how things were going. Then me and Jimbo looked at a Woody Woodpecker cartoon Tex Avery directed for bg design inspiration. We learned that an artist by the name of Raymond Jacobs did the layout but I haven't found a lot of his work online just yet. What I have seen makes it seem as if they worked together to find the style and Tex was pushing him.

So, yeah, good day. The frames came out better than I could've imagined. Seriously, if you ever need any art or, really anything framed hit up Paul at House of Secrets. I can't wait to hang them in the studio. I think it'll really help tie the room together.

Oh and btw, Jim's pro tip for today is when you're drawing the chunks of chicken in your chicken curry be sure to include lines indicating the grain as well as the Alex Toth dots. 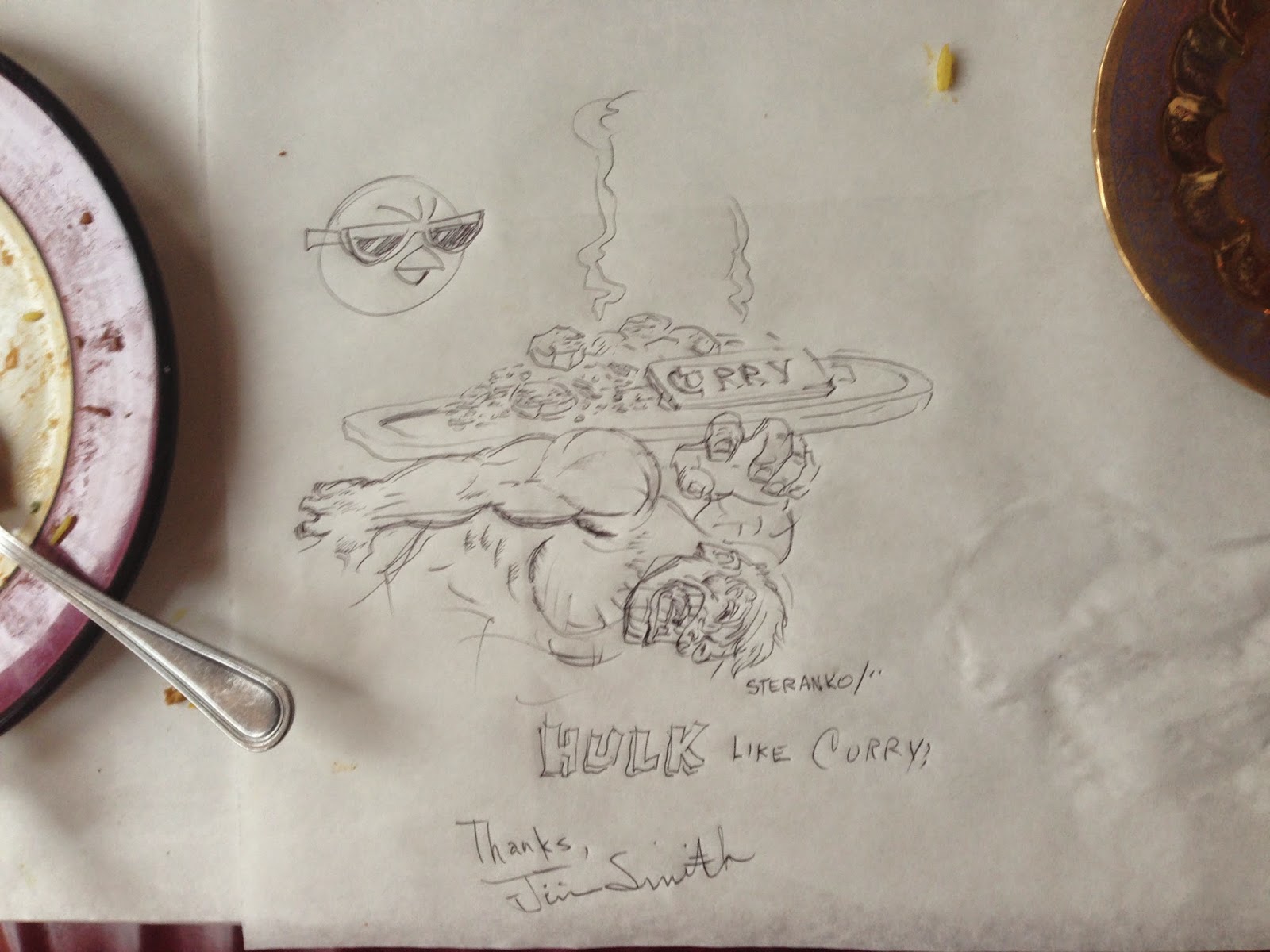 wade
Wade Goyens is an award-winning Cartoonist from Southeast Texas and based in Los Angeles. He has experience organizing and participating in art related community outreach programs and art shows. Wade has received private tutoring and mentoring from many of today's top working, professional cartoonists such as Stephen Silver, Joe Murray, Sherm Cohen and Jim Smith.