OK, these aren't happening as frequently as they should. I'm trying to make more time.

Earlier this week, Jim showed me some Bruce Timm storyboards and they had this really nice texture on them. Jim said Bruce would keep a board of some sort around and do his graphite fills over it. I wanted to make sure to note that for reference. 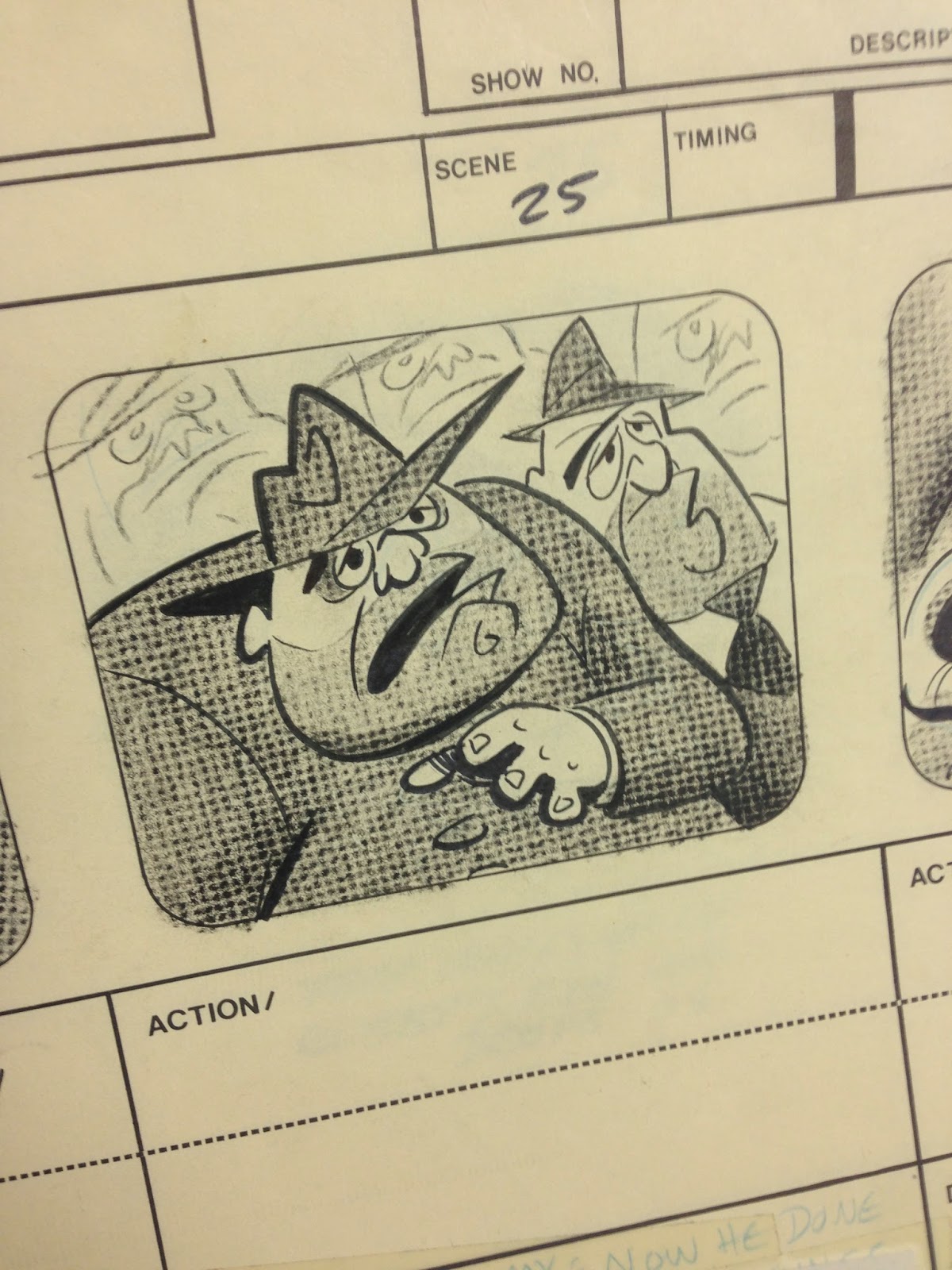 Yesterday I worked on Pat's character design and it's starting to get there. I need to finish getting all these designs done and put them in poses. That way I can get some nice finished designs up on the wall.

I did a lot of scanning at the studio today so not super productive for me. I spent more time going through reference photos too. Jim started working on the little den's main setup so I pulled as much as I could for that. We didn't have a lot.

Jim's been bringing in his portfolios so we can archive the work and try to find something to frame since Jim liked the work Paul did on my pieces so much. Today he brought in this big beefy bastard of a portfolio that had a bunch of his super early work in it like technical illustration that he had done, I think when he was working in Houston, and some old school slides he had taken of some of the larger pieces.

So towards the end of the day he busts it out and starts going through it again, organizing it a little bit. Then he starts going through some comic pages which, at first, I thought were studies he had done. Nope. Wrong. Original Jack Kirby pages followed up by John Buscema and Gene Colan pages. Just chilling. So yeah, I think we found stuff for him to frame.

wade
Wade Goyens is an award-winning Cartoonist from Southeast Texas and based in Los Angeles. He has experience organizing and participating in art related community outreach programs and art shows. Wade has received private tutoring and mentoring from many of today's top working, professional cartoonists such as Stephen Silver, Joe Murray, Sherm Cohen and Jim Smith.